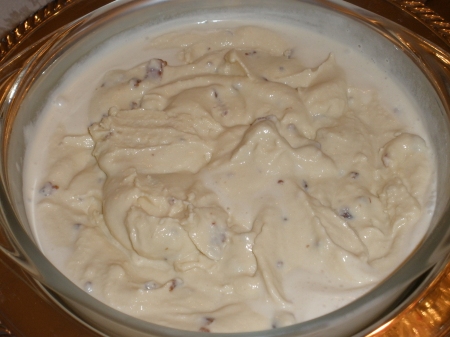 If Morgan Freeman were a food, he’d be bacon. Allow me to explain. Morgan Freeman is virtually never in a bad movie. If you see Freeman’s name on a movie poster, odds are that his presence increases your critical perception of the film. He doesn’t necessarily have the starring role, but his presence legitimizes a film and gives it some credibility.

The same can be said for bacon. While bacon can be eaten on its own, more often it accompanies the main dish, upgrading it in some way. For example, think of all the foods you wrap in bacon: scallops, pork tenderloins, the infamous bacon behemoth. Then there are those ubiquitous bacon bits used to make salads more appealing to the carnivorous American diet. And what breakfast wouldn’t be improved with a little bacon? Just like the casting of Mr. Freeman, the utilization of bacon can turn the unremarkable into the unforgettable.

In case I didn’t make it clear in the first paragraph, I love bacon. I love it at breakfast with my eggs; I love it at lunch in my Quizno’s Subs; I love it at dinner wrapped around my main course or hors d’oeuvre. And after tonight, I can safely say I love in on my dessert.

After tasting my college-friend’s bacon peanut brittle, I browsed the web for other desserts involving bacon. The combination seemed at once totally farfetched and delicious. The salty and smoky and sweet combination was uniquely tasty.  That’s when I came across David Lebovitz’s recipe. I knew that I would enjoy it but was fairly positive that most of my dinner guests would write it off before giving it a try. More for me, right?

Mr. Lebovitz’s recipe was easy to follow and made for a delicious ice cream. I used Maple Bacon, which added another layer to the ice cream. He recommended candying the bacon in the oven with brown sugar, which I can safely is an olfactory wet dream./tour de force I placed the bacon on a cooling rack, which was on top of a baking sheet. That way the fat would drip off of the bacon and collect on the sheet below.

The ice cream itself was pretty easy to make, typical custard fare. Just remember to temper the yolks by gradually adding the hot cream mixture to the eggs. A sudden increase in temperature would cause the eggs to cook, so keep it nice and slow. 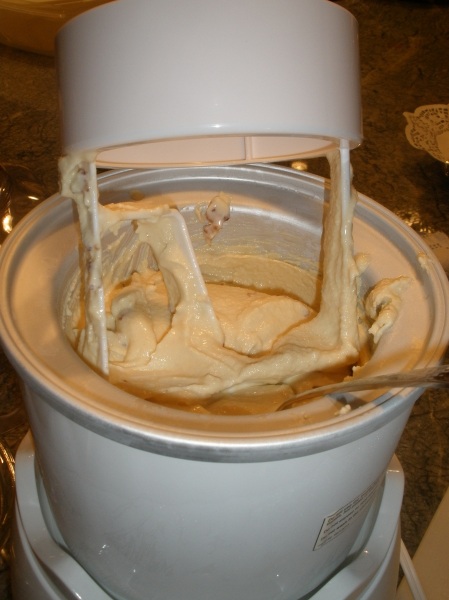 When it came time to try it, everyone (except for the vegetarians) took the smallest possible amount. They described it as “different, but in a good way” and “surprisingly delectable.” I have no idea what I would serve with this ice cream, but I would definitely make it again.

Ingredients for the Ice Cream
5 egg yolks
3 tablespoons of salted sugar (if you only have unsalted, just throw in a pinch of salt)
¾ cup brown sugar
1 tablespoon of maple syrup
2 ¾ cups of half and half
2 teaspoons of dark rum or whisky (After much taste-testing and deliberation, I decided on a nice scotch whisky)
¼ teaspoon of cinnamon
¼ teaspoon of vanilla extract

3.)Evenly slab the six pieces of bacon on rack, and coat each piece with about 2 teaspoons of brown sugar.

4.) Cook bacon for about fifteen minutes, until golden brown and crisp. The sugar should have caramelized on top of the bacon by this point.

5.) Once bacon has cooled, finely chop the slices into bacon bits. Store in refrigerator.

NOTE: It’s good to make extra, because you’ll find yourself snacking on the bacon throughout the custard-making process.

Making the ice cream
1.) Place 1 ¼ cups of half and half in a large bowl , and place this bowl in an ice bath (a larger bowl filled with ice).

2.) In a medium sized bowl, stir together egg yolks until they are fully blended.

3.) In a 2 or 3 quart saucepan, melt butter under moderately heat. Then add brown sugar, maple syrup, and remaining half and half and stir until smooth.

4.) Gradually whisk this mixture into the bowl with the egg yolks. If you notice any brown sugar pebbles, feel free to pick them out.

5.) Once blended, pour the contents of this bowl back into the saucepan. Under moderately low heat stir the contents of the saucepan until the custard is thick enough coat the back of a spoon and stay in place even when you draw a line with your finger through the middle of that film of custard. When doing this step, make sure to constantly scrape the saucepan with a heatproof spatula, that way you don’t end up with cooked eggs on the bottom of the pan.

6.) Once sufficiently thickened, the custard should be poured into the large bowl. At this point you should add the cinnamon, vanilla, and liquor. Stir the contents until cool. At this point, you should churn the ice cream. Add the candied bacon about five minutes before the churning process ends.

This entry was posted on Thursday, January 14th, 2010 at 2:51 PM and is filed under Ice Cream, Meat. You can follow any responses to this entry through the RSS 2.0 feed. You can leave a response, or trackback from your own site.

One Response to Bacon Ice Cream